"Lost in the Stalks" Blog 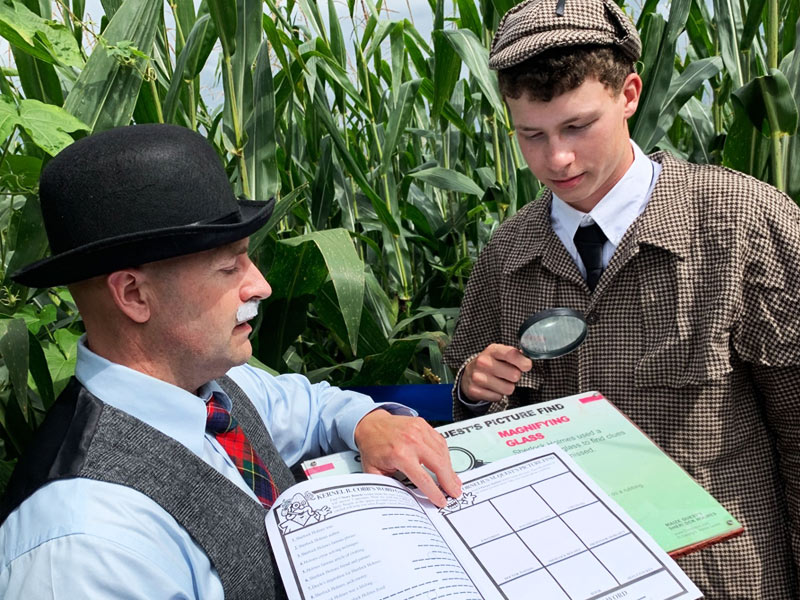 Were the Mayan predictions right?

New Park, PA – (Aug 2012) Were the Mayan predictions right? The 16th annual Maize Quest cornfield maze adventure might be the last you ever do!

Explore the myth and legend of the Maya culture including the prediction that the world will end in December of 2012. It’s all in the Mayan Mystery Corn Maze Adventure at Maize Quest this season.

“December 21, 2012 marks the completion of the Great Mayan Cycle, and the beginning of a New World Age,” says Hugh McPherson, Maize Quest’s Maze Master and this year appearing as Robin Hood. “No one knows what that means for sure, and it’s unlikely anything bad will happen, but it sure is fun to explore the mysteries of the Maya.”

Open every weekend through November 11, 2012 guests explore a maze with a decidedly upbeat, adventurous tone. The design features an “Indiana Jones-style” character discovering a “lost temple” and the “Mayan Calendar” carved into the cornfield. The shapes make the miles of pathways for guests to choose-their-own-adventure in the maze.

The vast maze covers 9 acres of corn, but Maize Quest staff lookout from the “Tower” to help any one who signals with his flag. Flags are given to each group after a Mayan Mystery introduction video that thematically instructs guests on the games and rules.

“Flashlight Nights are the best,” says Eric Faidley, Maize Quest staffer for the last four years. “There’s nothing scary in the maze, but everyone loves going through with a flashlight in the dark!” The maze is constructed in young corn with a tractor and high-grade GPS system, though it used to be installed by hand.

“Just like the ancient Maya, we used to measure everything and built this enormous crop puzzle with two tape measures,” says McPherson. “They built astronomically accurate pyramids that align with the solstice, so we figured we could build a maze the same way!”